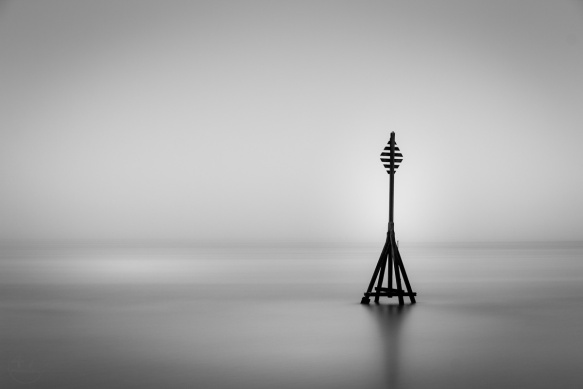 I had been looking for a workshop to attend that was a bit different from the usual landscape photography, something I wasn’t yet familiar with. I chose long exposures and, on the recommendation of a friend, decided on a course being led by Doug Chinnery. I already had some neutral density filters to increase exposure times, but with uninspiring results so far.

The meeting point was near a boating lake at West Kirby on the Wirral. There were six people in the group with varying levels of experience.

Doug was very good at identifying compositions based on very simple subjects, making you realise potential images can be found almost anywhere. You just need to apply enough creative imagination.

Over the course of about seven to eight hours, we visited several locations around the Wirral then drove through the Mersey Tunnel to our last location just north of Liverpool in Crosby. Here on the beach and sometimes submerged beneath the incoming tide, you’ll find the Anthony Gormley art installation called Another Place. It consists of 100 cast iron sculptures of men looking out to sea. Perfect for a surreal, minimalist long exposure.

click on the images above to view in a gallery

A perfect example of how effective long exposures can be at dramatically transforming what you might think is a totally implausible subject is Doug’s treatment of a rather small and uninspiring jetty at the aforementioned boating lake. Check out the view from the road on Google Maps Street View.

This is a plain record shot of how it looks at the water’s edge: 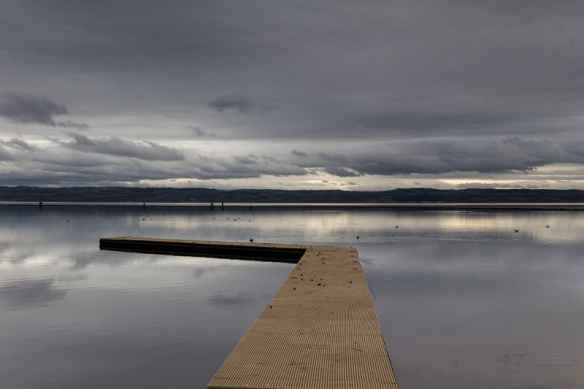 This was my best attempt with the conditions on the day (exposure time of 92 seconds): 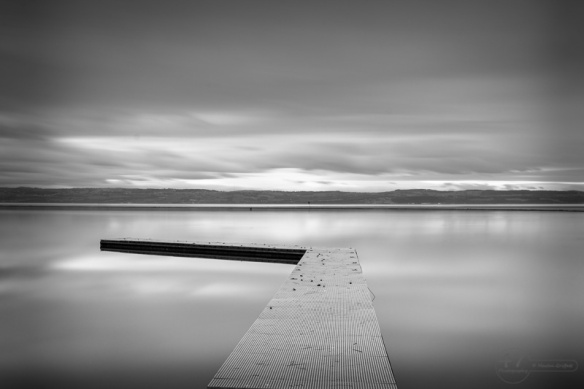 When I first saw it on Doug’s web site, I imagined it had been captured at some storm swept harbour on the north east coast of England, not in some placid little boating lake right next to the road!

If you’re in the area and would like to have a go yourself, you’ll find it here on Google Maps.