Our visit to Australia started in Sydney, but we also returned there after our jaunt to the Blue Mountains and again at the end of our stay before flying home. So by the end of it, we’d grown quite accustomed to Sydney.

It’s an easy city to get around, with a decent metro, bus and ferry system. The local Opal cards work across all three, very similar to Oyster cards in London. Reasonably priced too, with a daily cap of $15 (about £7.50), especially when you consider the half hour ferry journey to Manly Bay costs $15 anyway.

But enough about travelling around, what about the photography? Well, with iconic subjects like the Opera House, Sydney Harbour Bridge and those yellow & green ferries, there’s lots to occupy you. Having a fairly small central area, it’s also easy to walk around so great for street photography if you’re not too rushed (i.e. if wifey will put up with all the stops and starts). 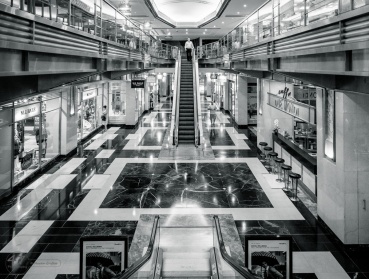 If you’re into Art Deco, I’d suggest a visit to Chifley Plaza, a small shopping centre in central Sydney. With a wide lens you can get some lovely angles and it’s great for mono shooting with lots of black & white in the décor. A good location for night photography is Darling Harbour, with lots of lights from offices, bars & restaurants and reflections in the water. I only had a tiny table-top tripod with me so struggled with stability. 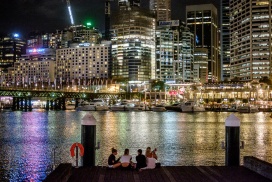 Any tourist in Sydney with enough time will want to head out on the ferries to the outlying suburbs. I suppose Manly Bay is one of the most well known, and it’s well worth a visit. There’s a nice short walk along the seafront around Cabbage Tree Bay, where you’ll pass the Fairy Bower Rock Pool to Shelly Beach.

My favourite ferry trip was to Watson’s Bay. It’s smaller and quieter than Manly and again has a nice walk, albeit slightly inland at times, to Parsley Bay – a place I could definitely live, once I’ve won enough on the lottery to afford it! While at Watson’s Bay we encountered a friendly pelican. Well I think he was friendly, at least he didn’t poke me in the eye with that massive bill! 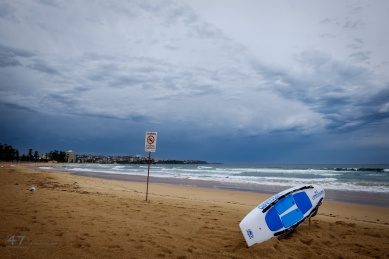 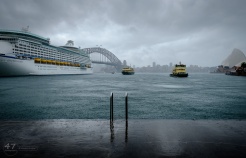 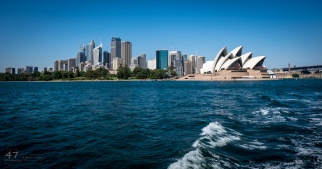 It’s a shame the image with the open bill has focused on the background, but I was watching the pelican and not the camera as that bill was making me very wary! It does show the hook at the end which looked very sharp when it was only 3 feet in front of my face.  The missus scarpered as soon as she saw him, but took this snap on her camera of me defending our chips! 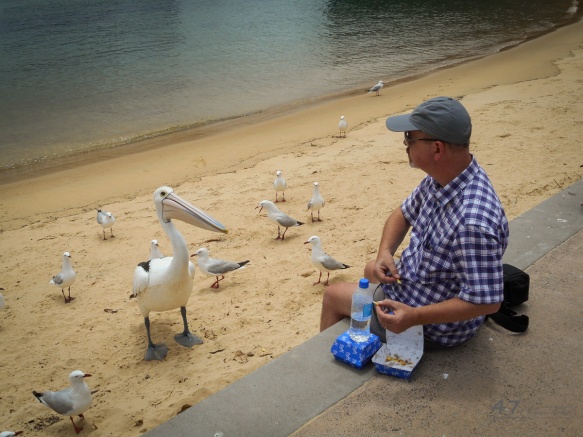 Weather wise, we had hot, cold, windy, rainy (only one morning) AND on our last morning a tornado! Although it missed us by miles as it was out in the suburbs!

I didn’t achieve anything outstanding in Sydney, photographically speaking, but I was basically a tourist snapping away. However, it was most enjoyable and a city I would love to return to. Could have done with some dedicated “street” time while the missus had some “shopping” time 😀

Next stop Cairns on the Queensland coast, about 2,000 km north!