If there is one thing I have learned since starting in photography it’s this – the background is more important than the subject.

Certainly in most cases, your subject needs to be sharp, well lit & composed etc. But assuming you’re a consummate photographer and you already have all of those things “in the bag” so to speak, then it doesn’t matter how fantastic your subject looks, if you ignore the background the risk is that it will detract from the overall impression of the image. Most people would laugh at a photo where someone has a lamppost sprouting out of the top of their head, but how many taking the photo would notice beforehand? 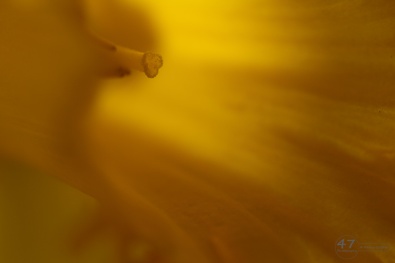 Heart of a Daffodil

If you’re working indoors, in a studio or at home maybe, then you should be able to control the background to your liking. I’m not saying it’s easy, it just takes time to learn and lots of practice. With some subjects, it’s possible that parts of the subject itself form the entire background of the image – think of flower petals fading into blur around the central stamen.

Working outdoors in a more natural setting, that’s when it becomes a bit more challenging. With flora, you will normally have plenty of time to consider the framing and what to include or exclude from the background, and decide on aperture to give a pleasing effect, such as soft focus and bokeh. I love to set flowers in their environment, showing the surrounding woodland or whatever so I always try to check for bright highlights that might distract and “untidy” stalks or branches etc., that will stand out, even sometimes when they are out of focus. Move those you can or hold them out of the way, being careful to avoid movement in the subject and not causing any damage to plants. When it gets down to macro level, I’m often moving tiny blades of grass to improve things.

With this shot, I didn’t notice the offending grass stem crossing in front of the bell of the lower flower on my camera’s screen, only when I saw it larger on a PC and by then the light had changed so couldn’t re-shoot.

If I had been shooting tethered to a laptop, then I might have noticed in time – another lesson learned!

With wildlife photography, throw in an unpredictable, moving animal (most commonly deer in my case) and it gets much more tricky. Having to track around your subject without spooking them to reach a good position, framing the composition and firing the shutter when nothing in the foreground blocks the subject coupled with having nothing obtrusive in the background is about the most frustrating form of photography I’ve encountered so far! Even when you think you’ve nailed it, things still go wrong occasionally.

One day, I was photographing a red deer stag and his harem of hinds in Richmond Park. He was lying down in the late morning sun and not too bothered by me. They were standing in a group nearby with fawns among them so a bit wary and skittish. Richmond Park is a wonderful setting, but the number of tree protectors makes it difficult to exclude them from view. I had taken a few shots and decided I needed to move to improve the background.

So I spent about 20 minutes slowly walking around them and then approaching from the far side one step at a time. Leaving my rucksack on the ground behind me and with camera on tripod I inched forward watching for signs of nervousness. If they looked a bit twitchy I would crouch or kneel down to lower my profile and be less threatening, waiting until they settled before moving again. Eventually I was in a position where composition and background came together. It was just at that moment I heard a nearby dog owner calling her dog and this mutt scampered through the ferns from behind me, barking and heading straight at the deer! It was a bit of a “Fenton” moment. Needless to say they all ran away frantically trying to escape the chasing dog and I was left without my planned picture and somewhat annoyed.

But that’s something you have to put up with when photographing in a public park. At least I had a few shots worth keeping.

3 thoughts on “Background is King”